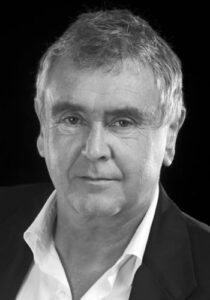 Brought up in East Lothian – where he still lives – Simon trained at Queen Margaret College, Edinburgh, graduating in 1977.  He worked for several seasons at the Edinburgh Lyceum and Byre Theatre, St Andrews before basing himself in London.  He did a year as Sgt. Trotter in The Mousetrap and several plays at the Westminster Theatre before moving back to Scotland in 1995.  Television and radio appearances include Taggart, Still Game and The Creatives, and many plays and readings for Radio 4 including McLevy, The Sensitive and Ali Smith’s Big Bed.

More at Simon’s website – including “Why I Love East Lothian”!