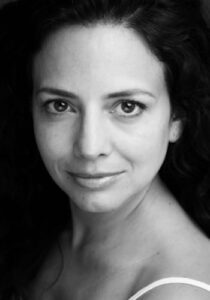 Zehra is an Australian actress of Indian and English origin who has been performing in the UK since 2000.

Zehra has performed a guest role in Holby City and has appeared in two major Bollywood movies, Dhan Dhan Dhan Goal and Hum Tum Aur Ghost. She has performed in the Dr Who Audio Dramas, The Gathering and Live 34 for Big Finish Productions.

Zehra reads of Mothers and Little People by Lucy Wood