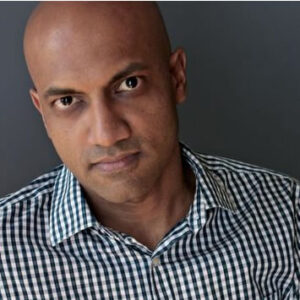 Rajesh Parameswaran was born in Chennai, India and moved to the United States as an infant. His short stories have appeared in Granta, McSweeney’s, Zoetrope: All-Story and Fiction. ‘The Strange Career of Doctor Raju Gopalarajan’ was one of three stories for which McSweeney’s won the National Magazine Award for Fiction in 2007, and it was included in The Best American Magazine Writing and in The United States of McSweeney’s: Ten Years of Accidental Classics. Rajesh Parameswaran lives in New York.

Listen to The Infamous Bengal Ming by Rajesh Parameswaran