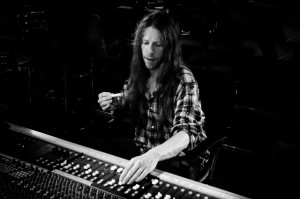 Ian Humphreys has been hanging around recording studios since the 1970s. Staring out as a drummer, a move to Bath in the early 1990s led to a rediscovery of live & studio sound engineering. A session booked at Christchurch Studios in Bristol led to him meeting John Waterhouse, and joining the staff at Bristol Old Vic Theatre School. He has been managing the studio from 2004, and has engineered many sessions at the studio, with work broadcast on most major networks. Music remains a passion, and he has been fortunate enough to work with (and learn from) many of his heroes.