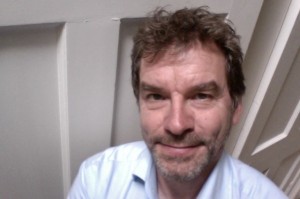 David read Classics at Oxford and began his professional life as a comedy writer and performer (Not the Nine O’Clock News, Radio Active etc). Highlights of his subsequent career as a producer with BBC Radio – first in features and then in drama – include commissioning a radio musical from novelist Ali Smith, enticing two series of political short stories out of hardened Westminster journalists such as Quentin Letts and Julia Langdon, and appearing on Feedback to put the case for the crucial importance of gaps and … pauses, especially in radio readings.

David’s various freelance activities include a return to his first love, acting. He has appeared on Radio 4 as the Prime Minister’s special adviser in the post-Indyref comedy Dividing the Union by James Graham, as the father of child prodigy Bertie in Alexander McCall Smith’s 44 Scotland Street, and as a small-town Flemish mayor in Miles Jupp is Insufficiently Belgian.